Based on the last 16 league games we'd be 17th in the table.

Either Poch's not up to it or we're paying for years of under investment in the squad.

Unfortunately Poch seems to be a comfort blanket manager, relying too much on what has worked previously as opposed to what is needed.

Sissoko and Winks is a Championship level midfield

Verts has been binned

Is there a both option?

Too knee jerk but the invisible summer window of 2018 has definitely bitten us on the ass we dropped down dead in March.

Reidy said:
Unfortunately Poch seems to be a comfort blanket manager, relying too much on what has worked previously as opposed to what is needed.
Click to expand...

Be interesting to see how the poll plays out then.

superstaryid said:
Too knee jerk but the invisible summer window of 2018 has definitely bitten us on the ass we dropped down dead in March.
Click to expand...

If it was just based on the 3 games this season I'd agree it's knee-jerk,

But it's not. We've been on a downward spiral since February.

People calling for poch to go are wasting their time none of the top managers will want to come in and work under tight budgets and projects.
Unfortunately some of the so called lesser teams are investing and are catching up, this could be one of those season's when we don't make top six let alone top four.

Supporter
Poch is not up to it. His team selections and tactics at times are really baffling.

Squad and tactics must always constantly evolve. We keep trying to recreate 2017.

This summer the squad needed a overhaul not bolstering

We no longer have this team. 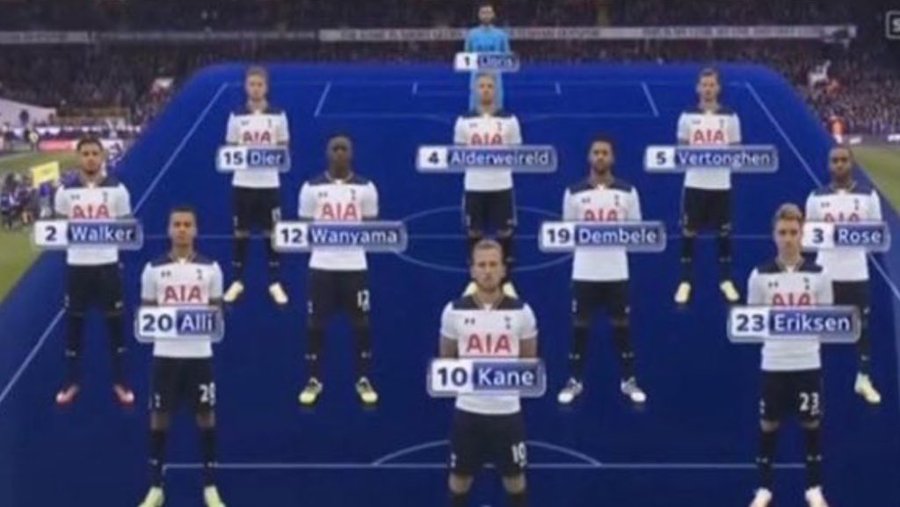 Or the key components that that team brought us.

So we no longer have attacking full backs on both sides, willing to provide that outlet with their pace and fearlessness. Willing to get behind the opponents full backs, get in the box and cause havoc.

We no longer have that feared midfield of style, steel, composure and skill. We don't quite have the same defensive consistency, due to a likelihood of injuries and age to those that were once involved.

We now have an ageing Rose, who looks a shadow of his former self. We have an older Lloris, Vertonghen and Alderweireld who all aren't as good as they once were. We've had three starting right backs in 2 years since that photo was taken and none of them have provided us the same sort of threat Walker did (Trippier provided a different threat but in a different team).

We don't (or haven't had) have Dele further forward and allowed to roam, create and score and we don't have Eriksen performing at the same level due to the issues with his future.

We now have Lucas and Son, who we have to try and fit in the squad. Lucas, doesn't really fit in anywhere in how we play, but to his credit has done an admirable job and never complains. Still not sure whether Son is a winger, wide forward or a forward to play alongside Kane and I don't really think Poch knows either.

We'll get through this - no doubt about it.

Probably take a few more weeks, maybe a month or two but I think once Ndombele is up and running, Lo Celso is in the squad and Dele is back, we'll start seeing something that resembles a classic Tottenham team.

Hhhhmmmm let me think....we have hne backwards over the last two seasons in terms of the pace and excitement of the teams attack. Our once top class defense is just gradually falling apart.
We still did not invest in enough players and the ones they did but apart from ndombele are bench warmers at best imo... we needed a striker and a right back and probably some midfielders. But they needed to e top notch and ready to play, or we get what we are now seeing... ..this is not something I just happen to mention because of today's shit show, I have been saying these things for a couple of seasons now and frankly I'm sick of the people who run my club...well I wouldn't say run more use..
But as I'm sure some will say the God that is levy built us a stadium..
No he built enic a stadium so they could make even more money......

The style of play has been shit all year. Which I don't get since at the back end of 2018 we were starting to play some good stuff again.

John Thomas said:
Based on the last 16 league games we'd be 17th in the table.

Either Poch's not up to it or we're paying for years of under investment in the squad.

Best team in 30 years they said.
Not the managers fault they said.

Totti said:
We no longer have this team.

Only two have left.....the rest have regressed under the same manager so I guess that’s part of it

sammyspurs said:
Best team in 30 years they said.
Not the managers fault they said.
Click to expand...

JohnH said:
Poch is not up to it. His team selections and tactics at times are really baffling.
Click to expand...

Who would you like to see come in as replacement?

Most of this place

My one and only club

Today has nothing to do with what I think of this because losses like this can happen anytime, I love Poch but unfortunately some love stories come to an end. Sometimes managers get found out or run out of ideas and things go stale. It happened to Klopp at Dortmund, to Favre at Gladbach, to Guardiola at Bayern and so on. I feel that Poch has ran out of ideas and last season was proof for it. We’ve gone from one of the best attacking side in the country to boring, winning through individual effort rather than team work.

I really really really hope Poch can find the right balance again in our team and get it firing, but I have my doubts and concerns over this.
You must log in or register to reply here.
Share:
Facebook Twitter Reddit WhatsApp Email Link
Top Bottom