The mighty Tottenham Hotspur v. This small club from Leicester

SpursDestroyer said:
I feel for you all. Its like life is on loop. you chat the fit girl up, then she goes home with some other dude that has a fatter cock.
Click to expand...

Worry about your own club mate. We're happy. We've all enjoyed two fantastic seasons. We never thought we'd be in this position. And never in either season were we in pole position, never were we top, never were we favourites...the bottling thing is just a fantasy constructed by the media and the teams that hate us.

Yes you won the league last season. Fantastic achievement. But it's history now. It may be more recent than us winning the double, but they're both history.

Oh and I just got home from us beating you 6-1 at your place. Purely out of interest, is that your record home defeat?

Well seeing us getting beat 6-1 away twice and a 7-1..it was nice to do it to them Chelsea fu#king supporting c#nts..

Supporter
Just got back, really enjoyed smashing those cunts - their fans and their style of football make them distinctly unlikable.

Quite cathartic after our end to last season......still a slightly weird performance, at times we were taking the piss - if we'd focused 100% and/or had a bit more luck in front of goal it could have been PL record win numbers.

Just watched the match now. What a glorious dirty spanking that was. Putting those smug cunts back in their place after the bullshit of last season. And as if there was any doubt in anyone's mind, what a god amongst men that boy Harry Kane is. We have to make sure he wins golden boot by doing the same to Hull on the final day. Great performances by Son, Dele and Wanyama too. Amazing noise by the away fans to match all that.

Oh and the anguish, the utter unmitigated despair in the voices of the Sky commentators, they sounded crushed on the verge of tears the poor fucking bastards!

GET IN THERE you beautiful Spurs. Bring on Wembley, bring on the CL, bring on next season, BRING YOUR BEST. We'll take them all on!!! Whose name is "Just a shit Jamie Vardy"? I cant quite hear you. Speak up....

Should have got POS in my humble opinion, as good a DM as Keane, but with a lot more skill.

Leicester are like a victim of the titanic drifting off into the black night and sinking under the ice screaming "remember me" as the posh cunts on the lifeboats sail past and no one gives a fuck.

I repeat, no one cares that you win the PL.

Not even the papers. It was about Claudio and his cute little face, and when you and fatboy shafted him, you became despised by papers that last year tickled your balls.

Your attention last year equaled the attention we got for being bottle jobs.
Must hurt to know it's always about Spurs.

Actually No it isn't correct.. we are in 2017 and we won the league cup in 2008.. it might be 10 years in a Leicester fans head but to the rest of us it's 9 years, and the one before that is also 9 years.
I've said it before, Leicester are not the brightest and you are helping to prove that.

You have helped change the face of the game that is for sure, not because what you won but the new laws that have been bought in, which were both aimed at you.

One reason why you won the title was due to your defenders cheating and wrestling in the box at corners etc - The ruling changed and look what happened to you, an embarrassing season.
The other reason was due to your constant diving and cheating, the ruling for that has now changed and you'll fall even further ( probably to the championship )

Just a shame that punishing cheating and diving wasn't in before last season otherwise you would have finished in the bottom half, but at least you won't get away with it anymore, so some,good came of it.

You're finished Pal, you had your 5 minutes of fame, your history is a joke, you want to be our rivals but you are nowhere near relevant enough to be our rivals.
You are mid to lower league fodder and just whipping boys for us bigger, relevant clubs.

Oh and thanks for letting Sir Harry Kane win the golden boot AGAIN..It's amazing what a player can do at a proper club..

well done to Poch & the players, they could have been on the beach, but they played at a good pace and showed we can go on from this season
hope Levy knows he had to release his hand on the pay a bit,

Was it my eyes deceiving me or did we play about 85 minutes of that game as if it was a practice match, or was it like when you are witnessing a car crash and time seems to stand still?
Maybe I'm wrong but we looked like we were taking the piss.

Swoos said:
Is there a gif or video of Wanyama man-handling that LC player in the latter part of the 2nd half?
Click to expand...

The mighty Tottenham Hotspur v. This small club from Leicester

Am I the only one who thought Sissoko had an alright game at RWB? He got forward and back when needed, plus played us out of defence when needed.

And one more than Wilshere this season, I think.

Christian's Eriksen said:
Am I the only one who thought Sissoko had an alright game at RWB? He got forward and back when needed, plus played us out of defence when needed.
Click to expand...

I thought he was alright, you can see he has no confidence on the ball though. If he was as ill as the commentators were making out then he had a very good game

Christian's Eriksen said:
Am I the only one who thought Sissoko had an alright game at RWB? He got forward and back when needed, plus played us out of defence when needed.
Click to expand...

'Alright' because expectations are low - he was comfortably our worst player....but didn't do anything spectacularly wrong

Blanchflower said:
'Alright' because expectations are low - he was comfortably our worst player....but didn't do anything spectacularly wrong
Click to expand...

Fairs fair. "Worst player" is the wrong term for anything when a team has won 1-6. The guy did exactly what he was asked to do. So he did well. Let's not go too deep into the Sissoko is shit narrative as it distracts from him being an effective part of the squad, which he was last night.

Great result.
I've just watched some highlights on YouTube.
For the Leicester goal, it starts halfway through so I can't see the build-up.
What was Lloris doing half way up the pitch (genuine question)?

You're a long time dead 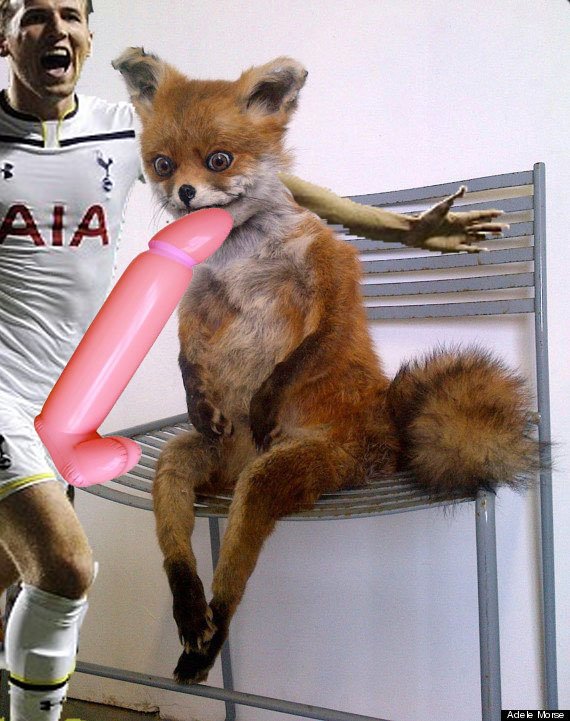