Lilywhite Rose‏ @Lilywhite_Rose
#thfc the Club will face @ManUtd in Singapore in July as part of this year’s International Champions Cup. The other teams in our four team tournament are @juventusfcen & @interpic.twitter.com/dSApSV6Utl 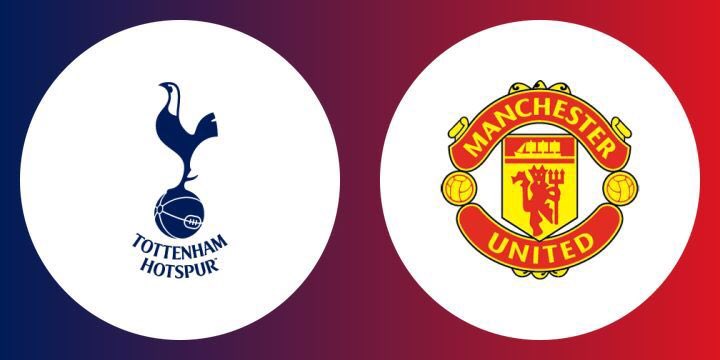 Pochettino showing respect to Spurs by making sure his first game at Man Utd is against his old club.

Inter vs. Manchester United in Singapore at the 2019 International Champions Cup 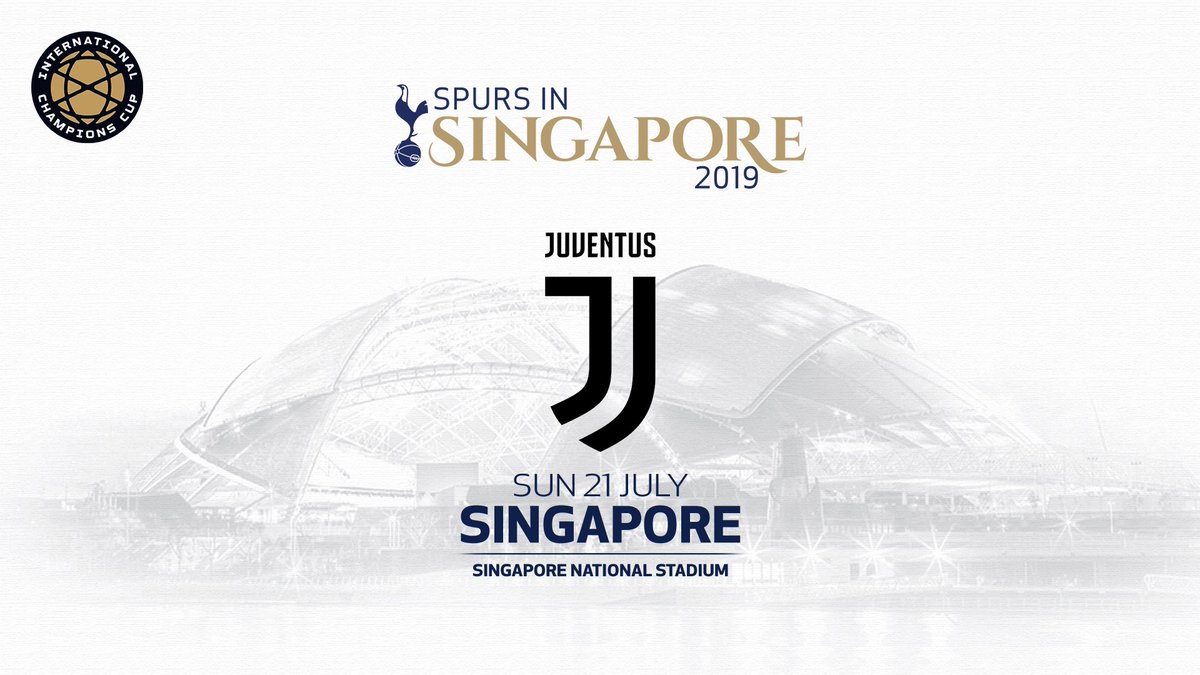 Supporter
United and Tottenham face off in Shanghai after taking on Inter Milan and Juventus in Singapore respectively. United finish their mini-group in Cardiff against AC Milan as Spurs host Inter at their new stadium.

Spursidol said:
Spurs' pre-season tour to be announced and Poch's men are heading across world

Son will be very popular in pre season !

With Copa America on the likes of Lamela, Foyth, Sanchez and Moura may be missing.
Click to expand...

Not sure the 4 will all return.

Spursidol said:
Inter vs. Manchester United in Singapore at the 2019 International Champions Cup

I liked it when the pre-season was quiet, the team went to a place in the Alps and the games were friendly without pretensions. Now, unfortunately, marketing is important: I just hope that nobody gets hurt, no injury. I'd settle for ...

Last summer I traveled to San Diego to watch Spurs versus AS Roma. It was fun. This summer I can stay home to watch........Woolwich versus Colorado Rapids. Barf.

Copa America runs from 14 June to 7 July with Juan Foyth ( but not Erik Lamela) called up by Argentina and likely that Lucas Moura and Davidson Sanchez will also be called up by their respective countries.

With CL final on 1 June and the players entitled to 3 weeks leave looks like some of these players will miss part of preseason but probably back for the ICC matches but may not be fully match fit by then. Probably no great effect on the Spurs squad but might create space for some youngsters to get some minutes which is no bad thing

Spursidol said:
Copa America runs from 14 June to 7 July with Juan Foyth ( but not Erik Lamela) called up by Argentina and likely that Lucas Moura and Davidson Sanchez will also be called up by their respective countries.

With CL final on 1 June and the players entitled to 3 weeks leave looks like some of these players will miss part of preseason but probably back for the ICC matches but may not be fully match fit by then. Probably no great effect on the Spurs squad but might create space for some youngsters to get some minutes which is no bad thing
Click to expand...

Lucas hasn't been called up.

Thank fuck I won't have to wake up at 3 am to watch Spurs pre season friendly this summer.

Players at international tournaments such as Copa America and Friday Cup of Nations get a mandatory 3 weeks off after their last game in tournament.

Juan Foyth (Argentina) , Victor Wanyama (Kenya)' Serge Airier (Ivory Coast) still at the tournaments so will be back a little later.........as will Giovanni Lo Celso if we sign him.

Supporter
A pretty detailed look at our pre-season preparations. Nothing new I don't think, but all wrapped up in one article.

Spurs pre-season 2019/20: When the players will be back in training and other key dates

The sun is out and most of Tottenham's players are still enjoying a well-earned break after a long season.
Many of Spurs' players are either away on holiday at the moment, or involved on international duty, with the African Cup of Nations and the Copa America tournaments currently taking place.

But it won't be long until many of the Tottenham players will be back at Spurs' Enfield-based Hotspur Way training complex for pre-season training ahead of the new campaign.
Below, we take a look at the key dates for Spurs' pre-season, including details of the club's friendly fixtures.

When will players start returning to Hotspur Way?
football.london understands that the club's stars will start returning to Spurs' Enfield-based Hotspur Way training complex in the week beginning July 8.
However, some development squad players will return before them in early July. Some of those who were asked by Mauricio Pochettino to remain on to train with the first team for last month's Champions League final will be given extra time off if required.

But Serge Aurier and Victor Wanyama are at the Africa Cup of Nations this summer and are likely to return late to pre-season with the final due to be played on July 19.
Juan Foyth and Davinson Sanchez are also currently involved at the Copa America, and could be until July 7, when the final takes place.
As a result, their return dates will be dependent on how far their nations progress in the tournaments.

What about the injured players?
Ben Davies is the only long term absentee at present, and he has begun his rehabilitation already at Hotspur Way after groin surgery and is expect to return to full training during pre-season.
The fitness of other players will be assessed on their return for pre-season.

What will happen in the early stages of pre-season?
The first two to three days for every player involves fitness work where their condition after the summer break will be gauged with various tests, including reaction tests, bleep tests, blood and saliva samples and gym work.
However, all players will be expected to be in good shape, after being give summer programmes to follow by the club.

Working in conjunction with Spurs' sports science staff, individual pre-season programmes will be set for players, including any new signings.
Players will then progress to early ball work and that is when Pochettino, assistant manager Jesus Perez , first team coach Miguel D'Agostino and goalkeeping coach Toni Jiminez will get out on the pitches to work with them during double sessions each day.
Spurs will then work towards their pre-season fixtures, with players continuing to build their fitness and match sharpness throughout the pre-season schedule, ahead of Totteham's first Premier League fixture against Aston Villa on Saturday, August 10.

What are the key dates in pre-season for Spurs?
Tottenham Hotspur's first official pre-season friendly will see them take on Italian giants Juventus in Singapore, on Sunday, July 21.
Spurs then face Manchester United in Shangai on the following Thursday (July 25) before returning to the Tottenham Hotspur Stadium to finish their pre-season against Inter Milan on Sunday, August 4.
The Lilywhites are also competing in the Audi Cup in Germany, where they will face Real Madrid on Tuesday, July 30, with another game the following day.
However, Spurs are set to undertake a couple of friendlies before they head off on their tour of Asia, including behind-closed-doors at the club's training ground.
A Spurs XI, mainly consisting of development players, will also make the journey to Stonebridge Road to face National League side Ebbsfleet United on Saturday, July 13, with the game kicking-off at 3pm.
A Spurs XI will also make the short journey to the Champion Hill Stadium to take on National League South side Dulwich Hamlet on Saturday, July 20, with a 3pm kick off.

I wish the first team would play matches against various teams in England and Scotland. The schedule we have is all about making cash. That said i will want to watch them all, Obviously.

I can see why they go on tours for pre-season, but I'd prefer they didn't. I think the season is long and difficult enough without having all that travelling beforehand and I think there are fan all over the UK that don't get the chance to see them play at home.
I've got my tickets booked for the Inter game so I'm keeping my fingers crossed that we field a strong side.