We want our Spursy back 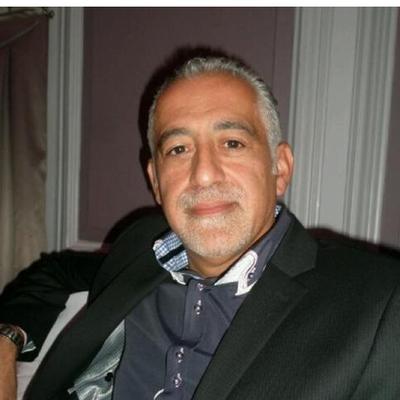 There is a word out there which is slowly but surely becoming part of everyday football vocabulary, Vass Koni takes a look at the term “Spursy” and shares his thoughts.

There is a word, a term, an adjective that has been on my mind for quite some time. This word needs taking a long hard look at, as it has somehow slipped into everyday football chat, the word is: “Spursy.”

Now as I understand it the term “Spursy” first came into being as a term of reference for something that was typically Spurs but in a good way. For example Ginola being a Spursy type player. Skilful, entertaining, oozing class. But in recent times Spurs fans have adopted this term as one of self-deprecation to mean Spursy in a wry mickey taking kind of way as in “typically Spurs not doing things the easy way” or “typically Spurs bad luck” or generally “typically screwing things up”. It’s almost like a coping mechanism for Spurs fans when things go wrong.

Personally, I agree with Bardi, who on Episode 33 Season 4 of the podcast, spoke out against its usage. It makes us Spurs fans look silly and in my opinion gives opposing fans a stick to beat us with. Moreover it indicates the weak mentality in which we fans (and some players of the recent past) have been mired in. It also misses the point that sh*t can happen in a football match to anyone not just Spurs and it generally does.

When Gerrard slipped last season to allow Ba to score for Chelsea and kill off Liverpool’s title hopes, was that’s “Spursy”?

Or just the other day when the same player got sent off after entering the field of play just 40 seconds earlier?

Or how about when John Terry slipped at the critical point of Champions League Final penalties (funny though that was); or when Woolwich contrived to lose the Carling Cup final to a relegation destined Birmingham City or blew a winning position in the Champions League final?

None of these instances amongst the many thousands that affect all clubs all the time were “Spursy”. No they were kind of “footbally” really. It just happens and it always has. To everyone.

If you really want to see what kind of things are “Spursy” well take a look at this season for example – scoring late goals; winning games 2-1; pulling games back from the dead (West Ham twice). “Spursy” is also having players such as Bale, Eriksen, Modric, Hoddle, King, Ginola, Klinsmann, Lineker, Gazza, Berbatov, VDV, Waddle etc and being able to attract these players despite not having been title contenders for the best part of fifty years or more.

“Spursy” is being the first English club to win a European Trophy; to do the domestic double; to win the cup as a non-league team; to win the league cup with 10 men; to reach the Quarter Finals of the Champions League in our as yet only venture into that competition. There’s more to be proud of than not so why doesn’t “Spursy” just reference everything that is sexy about supporting Spurs?

I think that it is presently used as part of the healing process as mentioned earlier but it’s OK to be pissed about something that has happened in a game without labelling it. If using “Spursy” makes you feel better then fine. Each to his own. But for me it just tells the world that as Spurs fans we are conceding that sh*t only ever really happens to us and we are so used to it that we have given it a name. So we will laugh at ourselves before others can laugh at us and thereby getting our retaliation in first. But really all it does is prime us for more abuse doesn’t it?

Being “Spursy” should mean that there are things that we fans ought to be proud of that are unique to us. And as Ricky referenced on the pod, let’s reclaim the meaning of it.

Previous Article
Harry Kane, he’s one of whose own?Next Article
Pochettino has brought the passion back