Help me Louis van Gaal, you’re my only hope 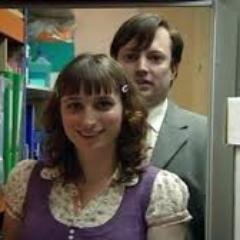 After the Norwich game, the Champions League seems far, far away. Jack Howes thinks he knows a man who could force us back into contention. Tottenham Hotspur at the moment, on the pitch, are a shambles. That was shown yesterday in our defeat to Norwich, as all our weaknesses, namely that there is no plan, structure, identity to our play, came to the fore. Our players, far more talented than Norwich’s, looked like they didn’t know what the f*** they were supposed to be doing.

Paulinho, a player talented enough to be a regular starter for Brazil, had no impact before being subbed off. Mousa Dembele made the occasional foray forward but was also ineffectual. Nabil Bentaleb simply looked tired. Elsewhere, the lack of passing, movement and any sort of zip to our play was deeply worrying. I counted four aimless hoofs out of defence from Dawson and Naughton in the first twelve minutes alone. When players had the ball, there were embarrassingly few options presenting themselves, resulting in nothing sideways passes, then a hoof forward and loss of possession. We’re Tottenham Hotspur. We should be playing on the deck. As all the good sides do.

The whole team played dismally. The defence struggled against one of the worst attacks in the Premier League, the midfield neither created or chances or stopped the other team creating them, while the attack, namely Adebayor, couldn’t bail us out of another insipid performance as they’ve done so often recently. Poor Soldado looks destined not to make the Spurs all time goalscorers list but countless bloggers ‘top ten all time transfer flops’ lists instead.

It wasn’t the loss that disappointed as much as the sheer listlessness of the performance. You wonder if our slow starts under Tim Sherwood aren’t a matter of not being ‘up for it’ or not concentrating as much as we have such a lack of a game plan it takes us at least half an hour to work out how to play. The fact we’ve been much better in the second half of matches would bear this theory out.

It wasn’t the loss that disappointed as much as the sheer listlessness of the performance.That said, the complete lack of structure and a clear footballing identity is not really Sherwood’s fault. Under AVB, while defensively we were organised, going forward we often looked like we were clueless as how to create chances, instead relying on Gareth Bale howitzers and moments of individual brilliance to unlock defences. The crab like passing and aimlessness in possession started under him and Sherwood, inexperienced and unlikely to hang around for long, can hardly be expected to rebuild the style of play when he’s little more than supply teacher filling in while the regular teacher is away.

It is that style of play, that footballing philosophy that Spurs need if they’re going to progress and prevent a gentle drift towards the end of an era. Someone needs to arrive, say that this is how we’re going to play and stick to it. At the moment, Spurs play like England – namely they’re slow and clunking on the ball, often insipid, only rarely attractive to watch. This is not good enough. We should be better than this.

Louis van Gaal is confrontational. He is divisive. He is capable of scaring the bejesus out of people, as this clip of him as a pundit on Dutch television shows. He generally treats members of the press like s*** on his shoe.

He is also one of the most successful managers in football today, someone with a clearly defined philosophy of attacking football he has preached at all the clubs he has managed. He has a fantastic record of bringing through young players. He is also perhaps Spurs’s only hope if they want to progress in the coming seasons.

Throughout Van Gaal’s managerial career, two things stand out – attacking football and his willingness to bring through young players. His first managerial job at Ajax, he won the Champions League with a team whose average age was 23. You may think it’s easy to be successful with young players of the calibre of Van der Sar, Seedorf, Davids, the de Boer twins, Overmars, Kluivert and others. But it’s another thing to play them regularly, and to sweep aside the powers of Europe with them. In the final, against the Milan side which had dominated in Europe for years, with the match at 0-0, he subbed on an 18 year old Patrick Kluivert off the bench. Kluivert scored the winner. As he says in this interview, age to him isn’t an issue.

If Tottenham’s young players were happy at the prospect of Sherwood taking over, they should be positively exploding with ecstasy at Van Gaal at possibly arriving. He won the lot with a bunch of youth team graduates at Ajax. At Bayern, in one season, he plucked Holger Badstuber and Thomas Muller from the reserves and turned them into regular starters for not only Bayern but the German national side. He has promoted youth throughout his career. Bentaleb, Tom Carroll, Harry Kane and others may well feature regularly under Van Gaal’s Spurs.

He is also one of the most successful managers in football today, someone with a clearly defined philosophy of attacking football he has preached at all the clubs he has managed.

When he isn’t blooding younger players, he is preaching direct, attacking football. This superb three part interview (Part 1, part 2, part 3) is Van Gaal, in his own words, explaining his views on football. If you’ve watched a Van Gaal team, you’ll appreciate that while tactically he is a maverick and prone to creating strange, unorthodox formations (2-3-2-3 memorably in his first spell at Barcelona, 3-4-3 at Ajax and occasionally with the Dutch national team), the same principles of offensively minded football are always there. If anyone is going to get Tottenham passing the ball, pressing the opposition and playing at a high tempo, it’s him. No more of the slow, stuttery movement we’ve become used to.

The fact he is divisive, temperamental and prone to getting rid of players who don’t suit what he wants is I think a good thing too. Spurs currently have a strangely bloated squad that lacks depth in defence, up front and lacks a pure, Modric-esque passer in midfield to dictate matches. There is lots of talent, but in the case of Lamela, Paulinho, Eriksen and Soldado, they’ve not been integrated into the team at all well and haven’t showed remotely what they’re capable of. Someone who can cut the crap and made clear the style of play and what each player’s job is would be wonderfully refreshing given what we’re regularly witnessing at the moment. At Barcelona he dropped Rivaldo at the peak of his powers because he wouldn’t play on the left wing. Luca Toni complained of him treating players like ‘interchangeable objects’. Good. We need some of that (not the showing his balls to the dressing room bit, mind).

As well as all this, Van Gaal is a big name. Players may be frightened by his reputation as a disciplinarian, but you’d think would also be excited to have the opportunity to play under him. Vertonghen may even smile.

Of course, it’s a big If that Van Gaal will manage Spurs. For one thing, with him managing Holland at the World Cup, it may well be mid-July before he’s available. He may get offers from bigger clubs. Plus, when he sees the way Spurs are run and the fact he’s unlikely to have control over transfers, he may run a mile.

As a fan though, for the love of God I hope this doesn’t happen. I’m desperate for him to take over. If I were Daniel Levy, I’d offer Van Gaal everything he wanted to become manager. Hell, even if like Jacques Santini he demanded a ‘big apartment on the beach’, give it to him. Whatever it takes.

Because this club needs Louis Van Gaal. If we’re to avoid a slide into decline, he’s our only hope.